Difference between MVC and MVT architecture

Model View Controller, known as MVC separates the code as three components. MVC separates the business logic and presentation layer from each other. It was traditionally used for desktop graphical user interfaces (GUIs). Nowadays, MVC architecture has become popular for designing web applications as well as mobile apps. 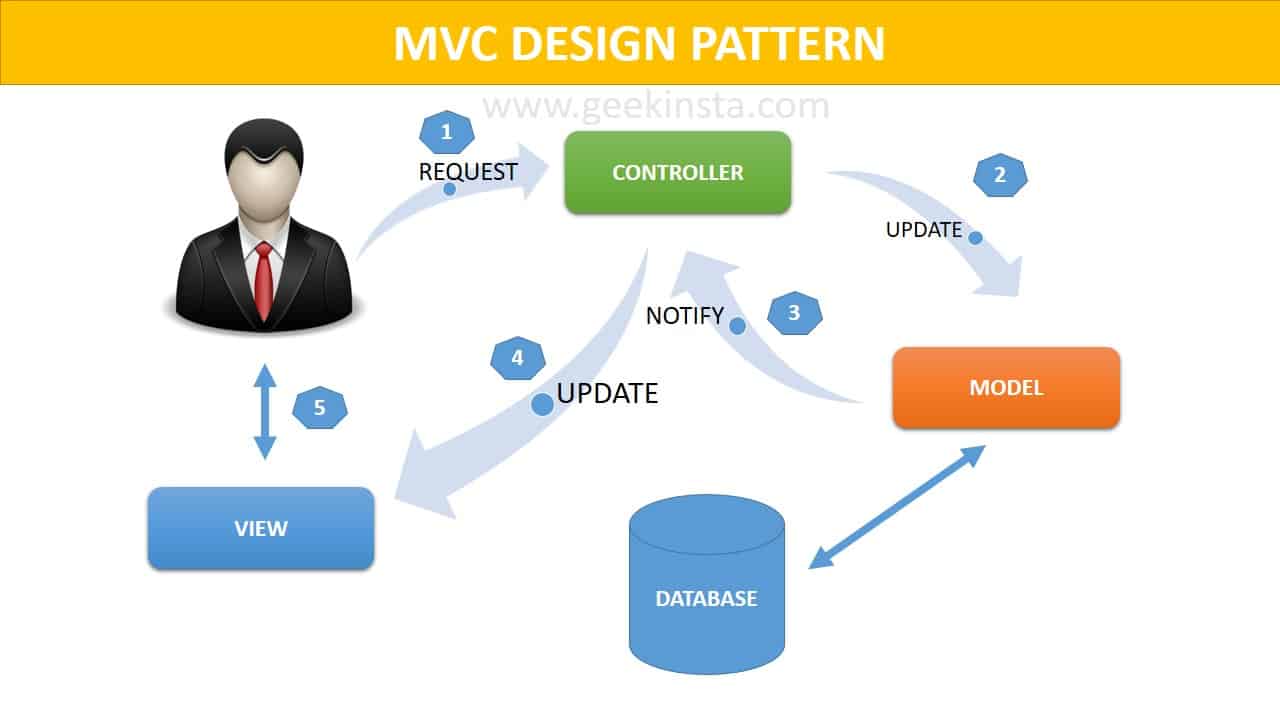 Difference between MVC and MVT

The main difference between MVC and MVT is that in a Model View Controller pattern, we have to write all the control specific code. But in an MVT, the controller part is taken care of by the framework itself.

Let me explain this with an example. Imagine you have to display a list of books you have in a library, stored is a table named books. In MVC architecture, you have to write the code to fetch the list of books from the database, write the presentation layer (I am talking about HTML, CSS), map it with a URL and send it to the user.

But in frameworks like Django (It uses MVT architecture), you don't have to write any code related to fetching data from the database and mapping it with the URL. All these activities are handled by the framework itself. The only thing that you have to do is to tell the framework what data should be presented to the user (Books table). The framework will then create a view based on the data and send it to the user.

The classic MVC pattern works by managing the state of an application. When a user performs an action or makes a request, an action in the Controller is called. The Controller then either tells Model to make changes and update the View or returns a View based on a Model. Hence we can say that the View is controlled by the Controller and Model.

However, MVT takes a slightly different approach. When a user makes an HTTP request, the corresponding view performs a query on the Model and collects the result set from the Model. The View then fills the result in a template and sends it to the user.

Unlike in MVC, view is not coupled with a Model. This makes MVT loosely coupled and easy-to-modify.

Was this post useful? Let me know in the comments below.

Difference between helper and library in CodeIgniter