What is the most translated website in the world

Have you ever wondered what is the most translated website in the world? Is it the website of tech giants such as Apple, Microsoft, or Google? Is it one of the top social networking sites such as Facebook or Twitter?

It is quite reasonable to guess that these websites might be the most translated website in the world.

The website also offers a bible called “New World Translation of the Holy Scriptures” and other Bible-based content for free.

It is even more surprising to know that some of the languages in which the website is available are spoken by less than 10000 people in the world. 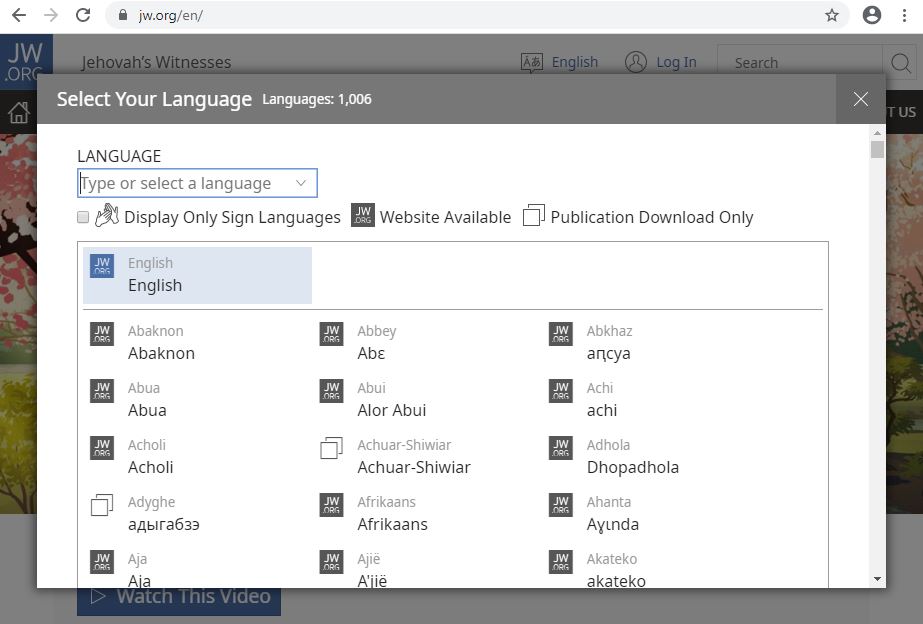 Some most translated websites

Who are Jehovah’s Witnesses?

Jehovah’s Witnesses is a small Christian denomination with 8.5 million members ( 8,579,909 at the time of writing this post ) having distinct believes from the mainstream Christians. They are famous for their door-to-door preaching.

We come from hundreds of ethnic and language backgrounds, yet we are united by common goals. Above all, we want to honor Jehovah, the God of the Bible and the Creator of all things. We do our best to imitate Jesus Christ and are proud to be called Christians. Each of us regularly spends time helping people learn about the Bible and God’s Kingdom. Because we witness, or talk, about Jehovah God and his Kingdom, we are known as Jehovah’s Witnesses. - JW.ORG

This article was last updated on 2nd October 2021.

How to Integrate Stripe Payment Gateway With Django

Why web development is a better career than data science?

What is AMP? Should you use it?